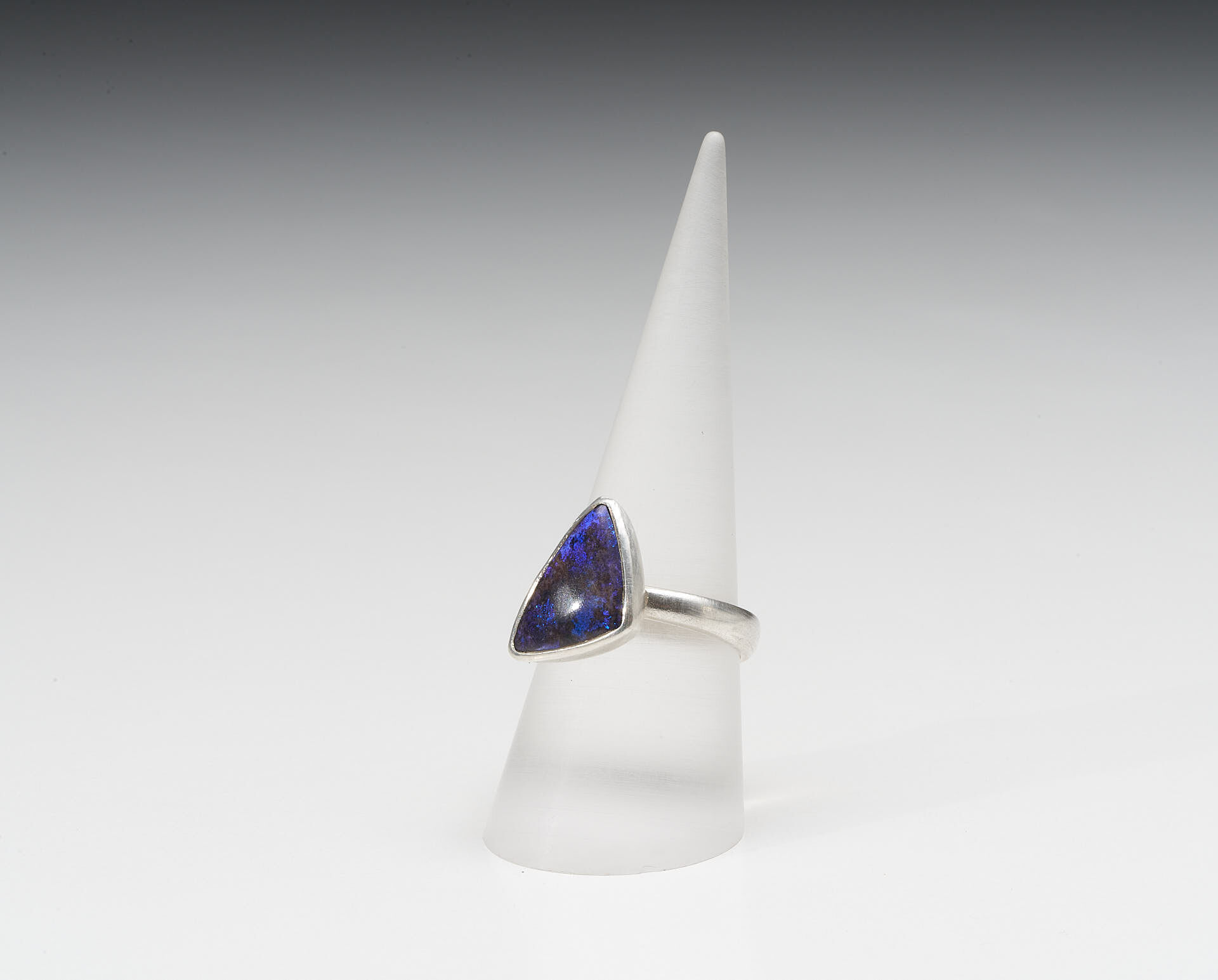 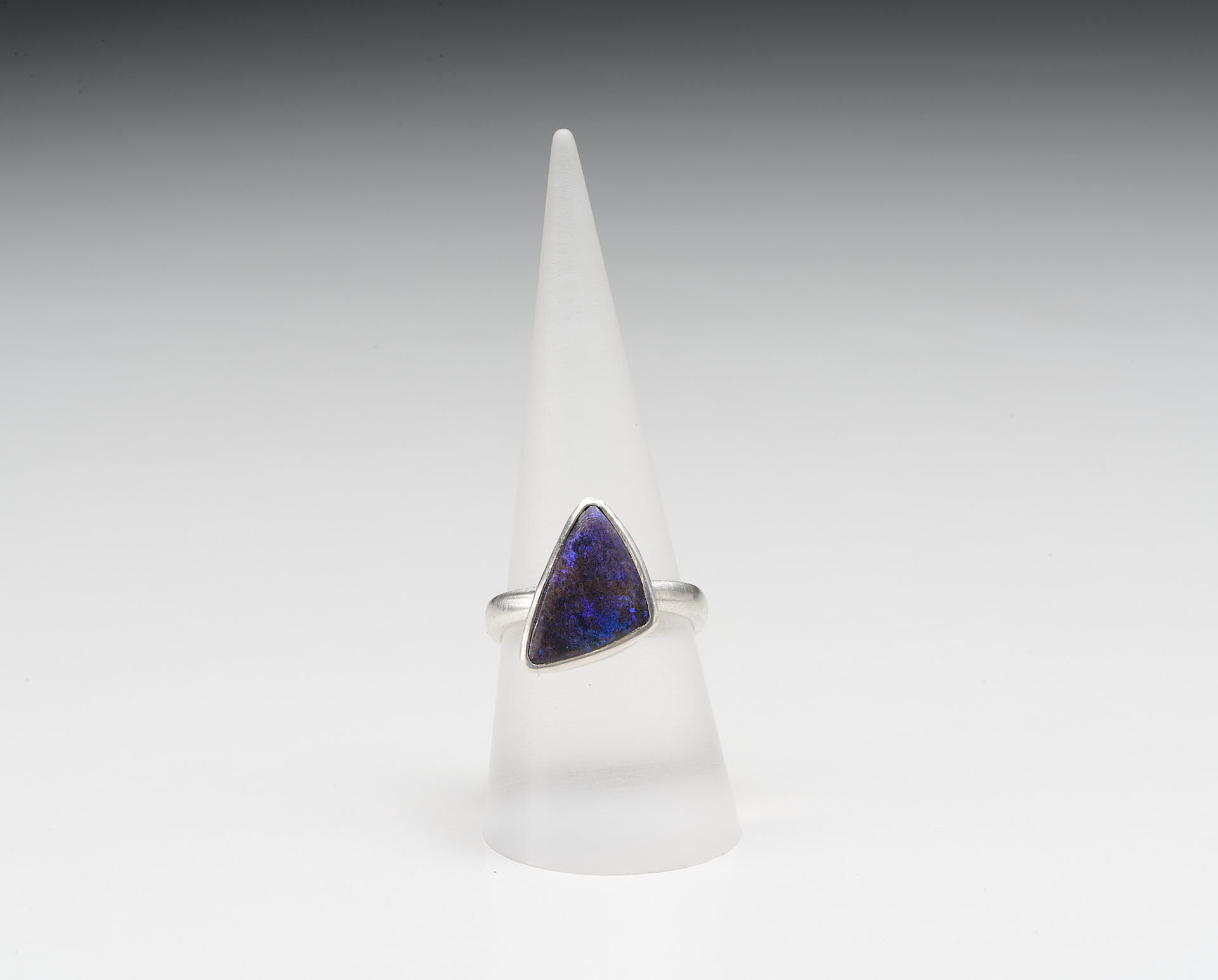 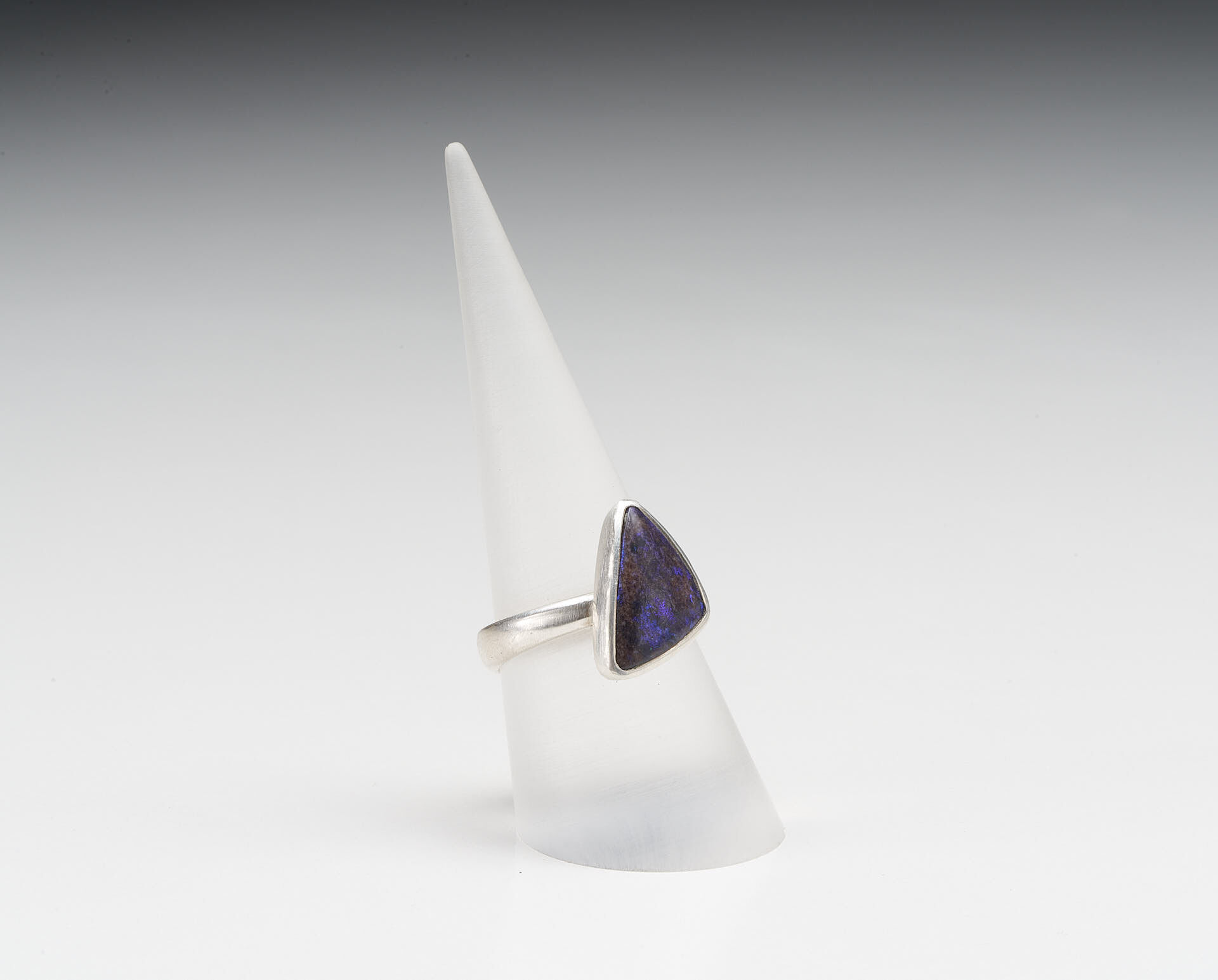 Enquiry
Artist:
Regine Schwarzer
Subject:
Boulder Opal Ring
This Ring is featuring a boulder opal and is made from sterling silver, size O

This ring is made in a size O and has a tapered easy wear ring shank made from sterling silver. The top of the ring measures 15x12mm.

The boulder opal comes from Queensland and was shaped by me.

About 100 million years ago, the vast sea that covered 60 per cent of Australia – from Coober Pedy in South Australia to the Gulf of Carpentaria in Northern Australia began retreating. Water ran through the earths' deep cracks and picked up silica from sandstone. This silica-rich solution was carried into voids, caused by natural faults or decomposing fossils. As the water evaporated, it left behind a silica deposit. This cycle repeated over very long periods of time, and eventually opal was formed.  It is separated into two groups, the common opal (also known as potch) and the iridescent, richly coloured opal.